The Balfa BB7 is a 9-inch-travel, single pivot, downhill frame. Hand made in Montreal, Canada between 1999 and 2005 (see "Model history" for details). What distinguishes it from other frames is its unique design ideas described below. 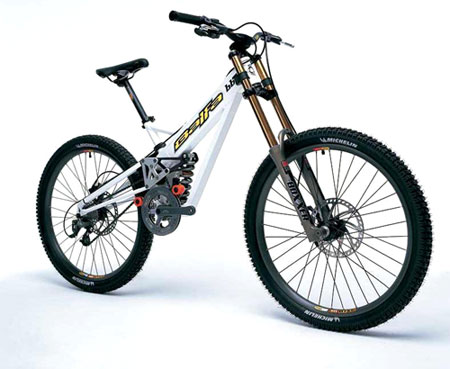 The pivot point was originally placed 7" (about 178mm) above the bottom bracket (now you know why it's called a "BB7"). In later models this distance was increased up to 9" (228mm).

While most frame manufacturers place the pivot point according to the chain, Balfa placed the chain according to the optimal pivot location. This is done by a pulley routing the chain close to the main pivot to avoid chain tension problems. The rear triangle is then fully active and independent in its travel, giving freedom of movement unequaled to this day. This unusual chain line permits the application of the true high pivot and allows for a better rear end with ample travel and no feedback.

A high pivot point also makes it possible to achieve a rear axle path nearly parallel to the movement of front wheel.

Some other bikes that use high pivot suspension design:

The parallel trajectory allows to maintain speed through big impact sections. Unlike the typical wheel trajectory where the wheelbase will increase in the beginning and decrease in the end of the travel, the rear will work in the same direction as the front, keeping the wheelbase intact and a wheel path that doesn't interfere with the laws of gravity.

BB7's swingarm is made of steel, instead of traditional aluminum (of which front end is made). Benefits are: 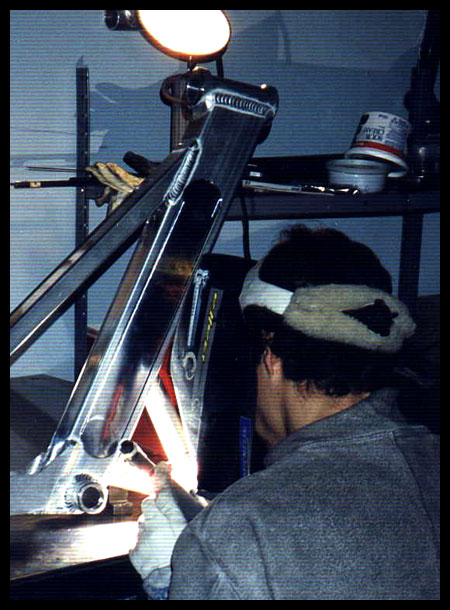 WHERE DOES THE NAME "BALFA" COME FROM?

BALFA is a Cajun family name that apparently evolved from the English "Balfour" over the centuries. The Cajun culture, hybrid between the French and English cultures, is very rich and most interesting. Frederic and Jerome, the two BALFA Cycles founders were looking for a name that would express the complexity of their French origins in an English speaking continent. They both have a passion for history, music of all kinds and culture, and through their research, the name BALFA came up. 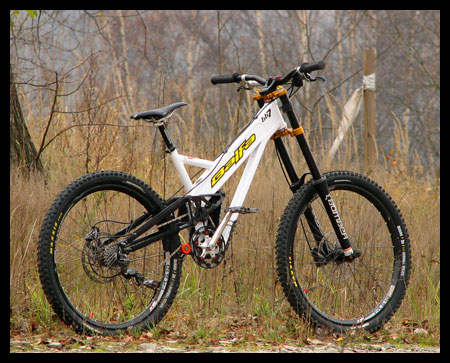 This article is based on official Balfa Cycles FAQ.